The 4th MC meeting of the COST Action TU1404 took place in Brussels, Belgium on 12-14 September, 2017 in conjunction with the 2nd International RILEM/COST Conference on Early Age Cracking and Serviceability in Cement-based Materials and Structures – EAC 02 organized by COST Action TU1404 (www.tu1404.eu) as well as by the Université Libre de Bruxelles ULB and the Vrije Universiteit van Brussels VUB. The conference is scientifically sponsored by RILEM. The conference has been attended by 175 participants including 12 invited plenary speakers and 140 presenters from university, industry and practice representing more than 32 different countries. The event has been hosted by the Université Libre de Bruxelles ULB and held at the Solbosch campus of ULB on September 12-14, 2017.

The present conference dealt with a wide breadth of topics related to early age cracking of cement-based materials and to the service life of concrete from nano up to macro scales including both material and structural scales and comprising aspects related to the 3 Workgroups, WG1: Testing of cement-based materials and RRT+, WG 2: Modelling and benchmarking and WG 3: Recommendations and products. 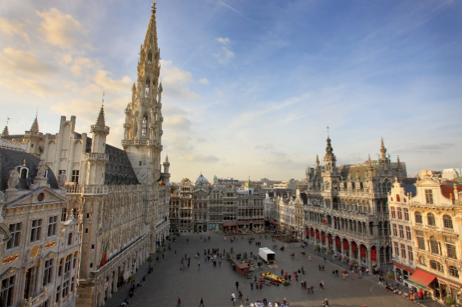 The conference had served as a platform for dissemination of state-of-the-art knowledge about the most recent research and practice developments in experimental and numerical approaches and had brought together those concerned about early age cracking, serviceability and related durabilty aspects in cement-based materials and alternative materials for sustainable concrete and concrete structures.

The conference proceedings of this event are freely available for download in this link.