CURRENT STATUS OF RRT+ AND DEADLINES

The first concrete batches are mixed all over Europe and the first results in the Main phase are arriving. Ordinary concrete mix (OC) is a nice looking, workable mix. We are looking forward for first results of our participating laboratories! Ordinary concrete mix and ordinary mortar mix have been updated. Please follow the last version of the Protocols, which can be downloaded on the following link (add link to the file repository). Final version of the OC and OM mixes 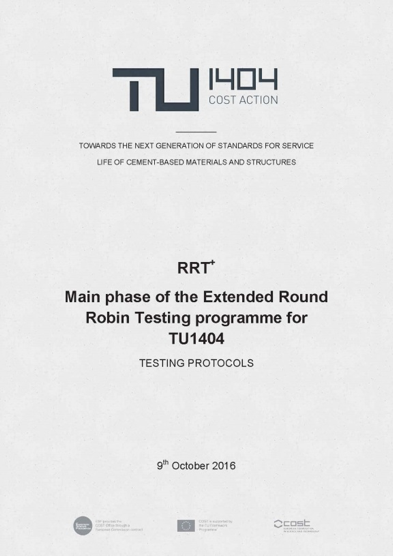 The main phase of the RRT+ is launched! The final version of the Protocols for the Main phase and data sheets for results have been sent to all RRT+ participants. First set of results are expected to come in January 2017.

The Initial phase of the RRT+ is finished. 34 laboratories from 17 EU countries submitted results. Statistical analysis of results shows that detailed procedures of preparation of concrete (preconditioning, mixing, curing) leads to lower deviation among laboratories. The initial phase is considered to be successful and the procedures used are considered validated.

The version v3.0 of the RRT+ document containing the instructions for participation to RRT+ and the detailed description of series of well-adjusted procedures has been sent to all RRT+ participants. Additional to the main instructions, an excel form for noting procedures and results of the Initial experimental phase was prepared and sent to participants.

After the call for participation in June 2015 the requests of basic materials of each participant were processed and an adequate distribution system was developed. Due to the enourmous feedback on the call for participation, it was agreed to organize the distribution over national contact points. In the first place the whole request of one country will delivered to this place and if there is more than one participant in the country a domestic redistribution will be individually organized by this contact point. In July and August 2015 the packaging of cement and aggregates took place at the local supplier in France. To avoid complex packaging procedures, standard packages were defined. The first package is a common cement bag palette of 64 bags plus the needed amount of superplasticizer in the country, the second package is composition of big bags with Sand and two different fractions of gravel according to the total requested amount of the country. In September and October 2015, all basic material packages are being transported from the local suppliers in France to the 18 national contact points in Europe. From this point, national redistribution will take place in the end of October until beginning of November. The delivery to Japan is being organized within the delivery to Germany which was therefore redirected over a ware house at the port of Hamburg and the delivery to Canada will be handled by the Belgium contact point. On this occasion, the organizing team of the RRT+ would like to kindly thank EDF for the financing of the basic materials as well as CEVA Logistics for their tireless commitment and professional support on the dissemination to the national contact points. 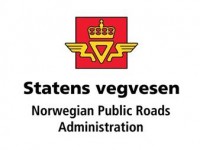